This page discusses the workflow when developing with AF3. It is based on the “fortiss git flow” and requires a completed developer installation (see Developer Installation). The workflow below depicts the whole process from creating an issue until merging and closing it.
More details: 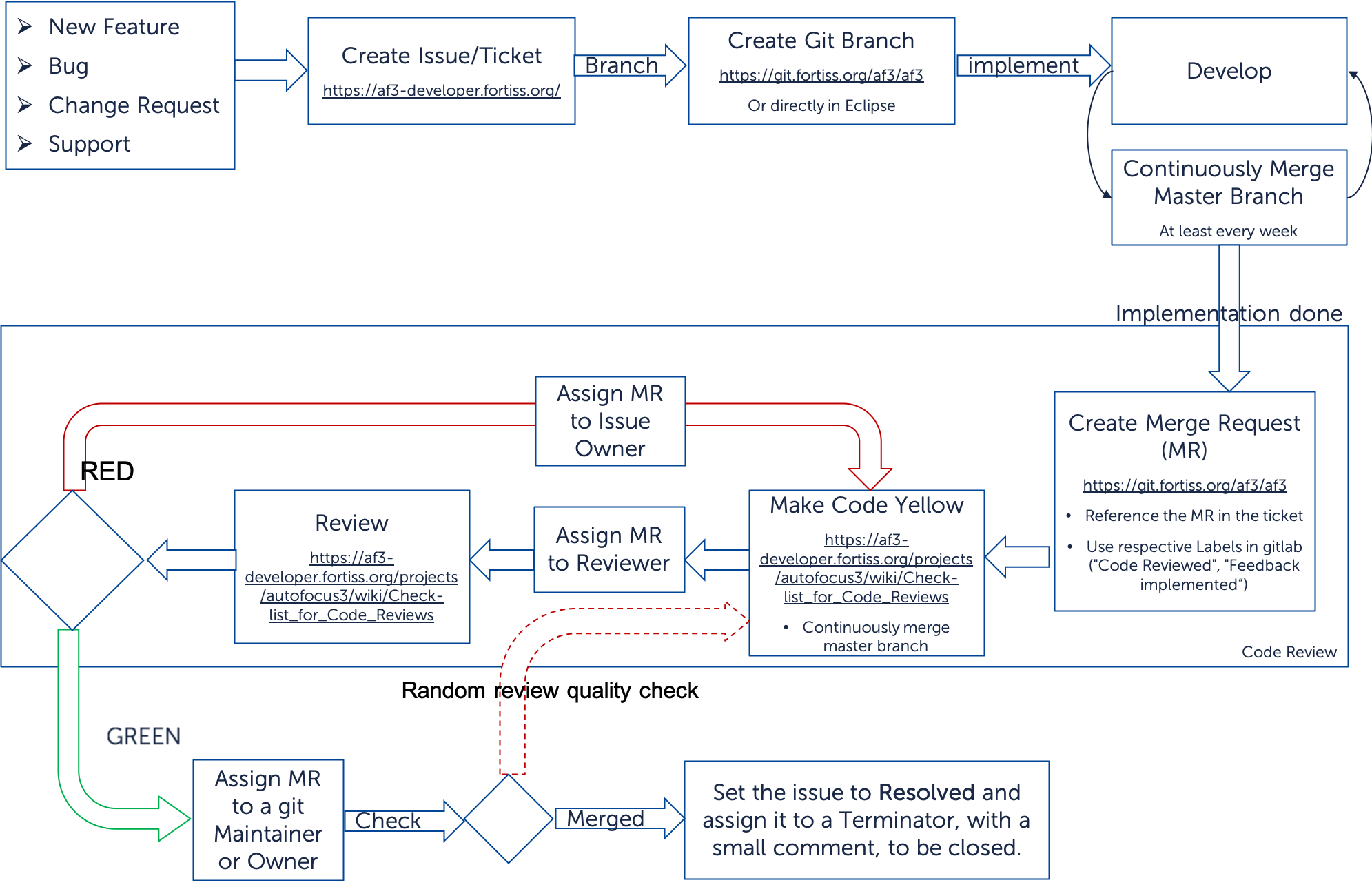 AF3 uses the version control system git where the server component is provided by gitlab. The repositories are hosted here: https://git.fortiss.org/af3
The repository is structured into kernel plugins, official af3 pugins (plugins included in the version downloadable from the website), the AF3-RCP plugins, and a repository for configuration and setup files. Besides these repositories, there also exist repositories which provide parts of the configuration for the continuous integration using Jenkins. Moreover, several repositories exist that contain unofficial AF3 plugins and which have to be checked out manually.
The development of these plugins does not need to follow the rules defined in the development workflow, since only few people collaborate on unofficial plugins and to avoid the burden of code-reviewing which will be done when a plugin shall enter the set of official plugins.

We mainly use two roles of those provided by gitlab: developers and masters (a complete role/parmission matrix is found here).

Currently, we use the OSS redmine tool to track bugs and features. We are currently investigating a migration to the gitlab issue tracking or other solutions, so please be aware that the information contained in this section might change in the near future.
The issue tracking system is found here.

The following two slide decks provide step-by-step instructions of the workflow for the above mentioned roles. They can also be passed to external contributors.